Letter in Support of Dr. Anthony Fauci and His Role in US COVID-19 Response 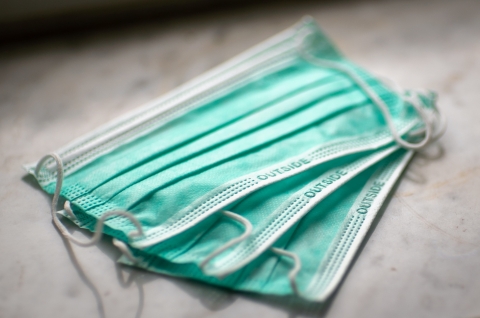 CSPI president Dr. Peter Lurie, along with Gregg Gonsalves, PhD, of the Yale School of Public Health, drafted this sign-on letter to President Trump. It voices support for Dr. Anthony Fauci and calls for science-based policies and the involvement of government scientists as the nation develops its response to the SARS-CoV-2 (COVID-19) pandemic. The text of the letter is below. Early signers included Drs. Margaret Hamburg, Thomas Frieden, Jeffrey Koplan, Joshua Sharfstein, Ruth Katz, Georges Benjamin, Jane Henney, Richard Horton, and Shelley Hearne.

Text of the Letter:

The SARS-CoV-2 pandemic has presented one of the greatest challenges the United States has faced in its history, with more than a hundred and forty thousand people dying within the space of a few months and millions more infected. Meanwhile, tens of millions of people have been thrown out of work, leaving millions without a way to put food on the table, with children taken out of school interrupting their learning and early childhood socialization, with weddings postponed, and funerals restricted because of the risk of disease.

The virus is still raging in many states across the country and we still do not have it under control. Until the US can bring the virus to heel, both our lives and livelihoods hang in the balance--we cannot revive our economy without vanquishing SARS-CoV-2.

To guide us now, we must rely on the best scientific evidence. Decades of history, including previous pandemics, offer lessons for addressing COVID-19. The basic features of a successful response have been well articulated by experts who have served both Republican and Democratic administrations. Over the past few months, scientists across the world have been studying the new virus, how it spreads, how it might be better prevented and treated, and how vaccines and other biomedical interventions might stop SARS-CoV-2 in its tracks.

Now is not the time to turn our backs on science.

This week and last, the White House mounted a campaign to discredit one of our nation’s leading scientific experts, Dr. Anthony Fauci, the director of the National Institute of Allergy and Infectious Diseases, who has advised six Presidents on epidemics from HIV to SARS, from Ebola to H1N1 influenza. Since the beginning of the pandemic, he has remained one of the world’s most trusted scientists on COVID-19, daily explaining in lay terms the complexity of an illness we still don’t fully understand. And he has done so by placing science front and center in the public discourse. Attempting to marginalize highly respected researchers such as Dr. Fauci is a dangerous distraction at a time when we most need voices like his.

As current and former public health officials, researchers, and public health professionals, we call on our political leaders, members of the media and all Americans to reject the sidelining of science, to speak out against the silencing of scientists, and to champion open and public scientific discussions of the issues facing our country as we struggle to make progress against the SARS-CoV-2 pandemic. For that, we need the clear voices of government experts, including Dr. Fauci, to be available to the American public without limitation. That is the only path that can bring success in our efforts to control the virus.