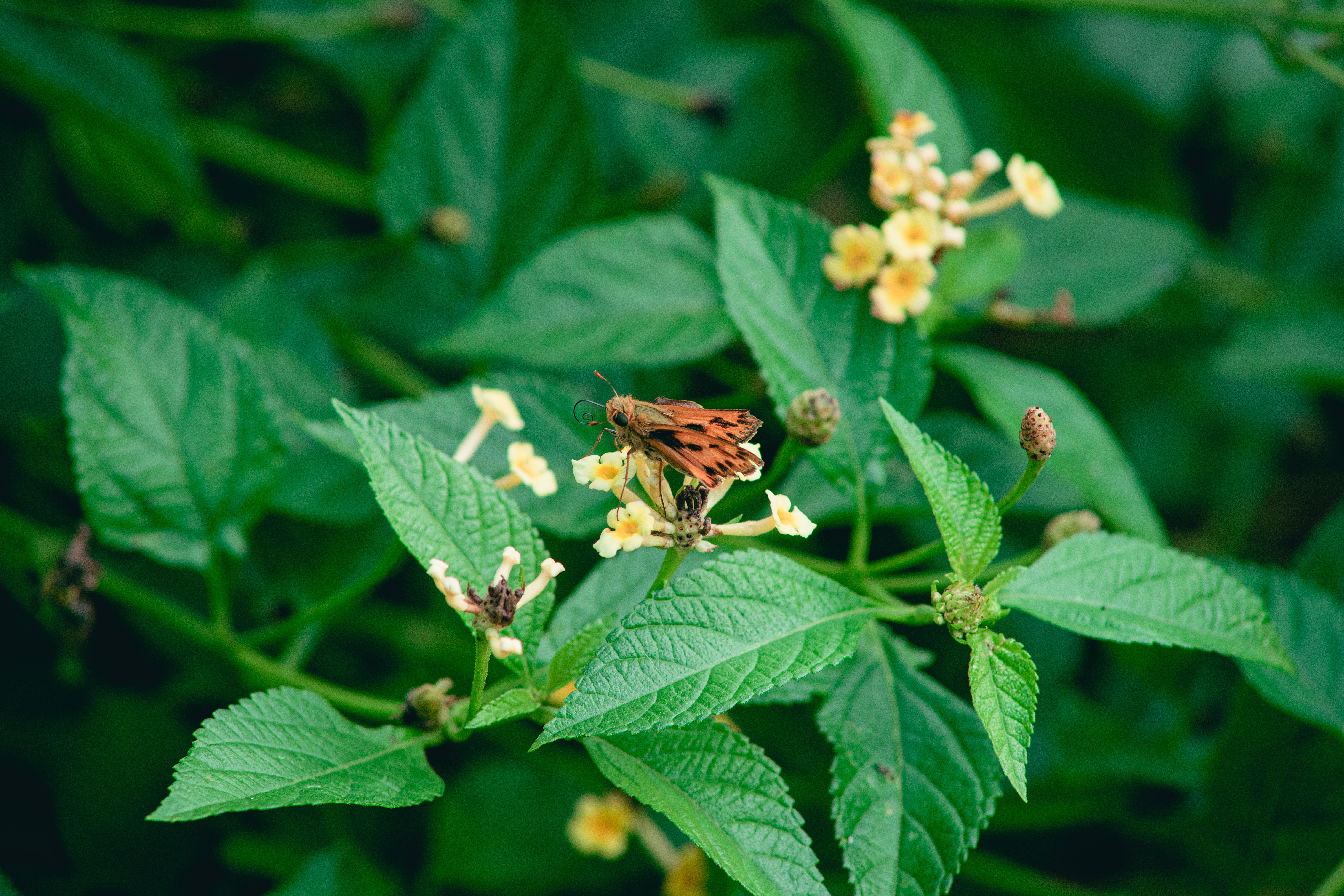 In the second half of 2020, the Environmental Protection Agency (EPA) issued two proposals that would modify its oversight of plant incorporated protectants (PIPs), which are genes engineered into plants that allow those plants to produce insecticidal compounds in their tissues rather than requiring insecticides be applied externally (for example, Bacillus thuringiensis (Bt) genes engineered into Bt insect resistant corn plants). On September 8, 2020, EPA proposed changing the risk management requirements that were put in place to prevent insects from becoming resistant to PIPs. Then on October 9, 2020, EPA proposed revisions to its regulations for PIPs to exempt low-risk products made with newer biotechnologies. While both proposals had components that would improve existing oversight, they also contained provisions not supported by the scientific evidence and were proposed primarily to eliminate or make less burdensome EPA’s regulatory obligations. Neither proposal was finalized before President Trump left office in January, leaving final decisions on these proposals to the incoming Biden Administration. EPA should re-examine these proposals, paying particular attention to scientific evidence that the previous administration either ignored or discounted. 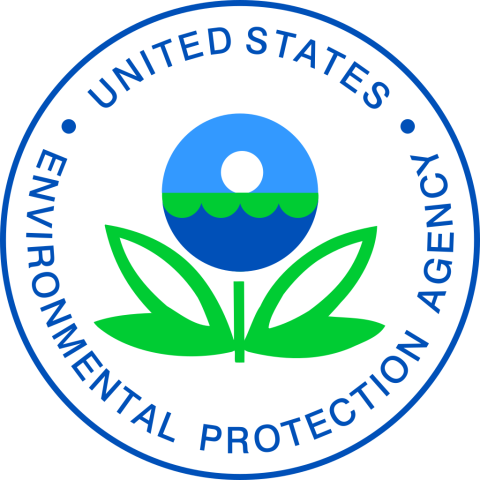 After approving the first Bt products, EPA became concerned about the development of resistant pest populations, which over time would make Bt crops ineffective and nullify their benefits. EPA has a statutory mandate to manage adverse environmental effects from pesticides. In 2001, EPA established requirements for farmers to carry out Insect Resistance Management (IRM), which are practices designed to delay insects from developing resistance to a pesticide. EPA justified its decision by concluding that Bt crops are a “public good” and that “the development of resistance would constitute an adverse environmental effect.”

As part of the IRM obligations, EPA mandated that each farmer planting Bt crops must also plant a non-Bt “refuge,” which is a field planted with non-Bt seed located near the field with Bt seed. The refuge provides a place where pests can thrive. Non-resistant insects that have not been exposed to the Bt toxins can mate with any resistant insects from the Bt field, preventing the resistant insects from passing on their resistance traits to the next generation. EPA also required that Bt crop farmers and developers monitor for resistant populations. To determine if insects have developed resistance and to prevent their spread, EPA, developers, and academics monitor both farmer compliance with the IRM refuge requirements and the development of resistant pest populations.

EPA has convened a Science Advisory Panel (SAP) several times to review Bt products and pest resistance data to provide EPA advice on modifications to the IRM requirements. EPA has modified its IRM rules several times since 2001 and proposed the new changes in 2020. The 2020 proposal was developed to address a 2018 SAP report documenting Bt resistance among lepidopteran pests (which are moths and butterflies). Evidence of increasing pest resistance suggests that EPA’s existing IRM requirements are no longer effective at preventing and/or delaying the development of resistant pest populations. 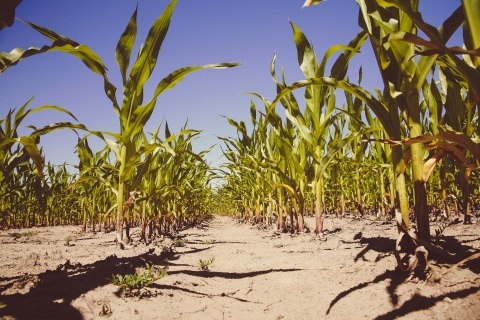 EPA’s 2020 proposal to change the IRM obligations to address lepidopteran resistance includes some new science-based requirements but ignores important recommendations from the SAP and academic scientists. For example, EPA proposed eliminating from production certain single-trait products (crop varieties with only one Bt toxin, as opposed to ‘pyramided’ varieties containing multiple Bt toxins) and non-functional pyramided products (crops with two Bt toxins but where one of them is no longer effective due to evolved resistance) because they are likely to lead to the proliferation of resistant pest populations. However, CSPI believes EPA’s time frame for eliminating these products was too long and could result, in the interim, in an unnecessary spread of resistance. Also, the SAP recommended several science-based changes, such as: (1) complete elimination of one Bt PIP (Vip3A) in corn in the southern U.S., where pests are evolving resistance, to preserve its utility against cotton pests in those areas; (2) additional restrictions on refuge-in-a-bag seed blends (which are bags of seed where the Bt seed and non-Bt seed are mixed and planted in the same field); and (3) requirements for crop rotation. The SAP called crop rotation “the best opportunity to forestall the development of resistance in lepidopteran pests.”  CSPI supported EPA implementation of each of these recommendations but they were left out of EPA’s 2020 proposal.

EPA’s new leadership should take a fresh look at the SAP report and its findings as well as comments submitted by respected academics and adopt many of the science-based recommendations. This will allow EPA to better achieve its goal of preventing the development of resistant insects.

EPA issued regulations in 2001 for how PIPs would be regulated under the Federal Insecticide, Fungicide, and Rodenticide Act (FIFRA) and the Federal Food, Drug, and Cosmetic Act (FFDCA), including the requirement that those PIPs be registered with EPA before commercial use. The regulations exempted PIPs produced through conventional breeding between sexually compatible species, finding that they did not pose any risks that required oversight. However, the exemption did not apply to PIPs from sexually compatible species that were created using biotechnology. New biotechnology techniques, such as CRISPR gene editing, allow developers to create PIPs using genetic material from sexually compatible species. These products are not exempt and require EPA registration. 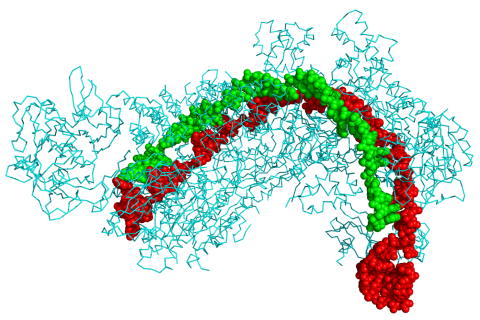 In 2019, the Trump Administration issued Executive Order 13874 on “Modernizing the Regulatory Framework for Agricultural Biotechnology Products” (June 11, 2019), directing EPA and other regulatory agencies to “use existing statutory authority, as appropriate, to exempt low-risk products of agricultural biotechnology from undue regulation.” In response, EPA issued a proposal to exempt from EPA registration requirements PIPs from sexually compatible species created using biotechnology if they meet certain scientific criteria that deem the PIPs similar enough to PIPs created through conventional breeding and unlikely to present unreasonable adverse effects to humans or the environment.

The Biden Administration should revisit both the procedures put in place for determining if a PIP is exempt and the scientific criteria that must be met to qualify for an exemption. The EPA proposal stated that if a developer believes a PIP is exempt, it should submit a statement to EPA certifying its PIP is exempt and retain the records supporting that determination. However, the proposal asks for comments on allowing self-determination of exempt status with no review by EPA, as some industry stakeholders have advocated for. Determining whether a PIP is exempt involves a complex analysis of the scientific criteria and a developer could make an innocent mistake. More importantly, there is an inherent conflict of interest among developers deciding whether they are regulated or exempt. EPA should reassess what regulatory procedures and safeguards are needed to ensure that only PIPs meeting the scientific criteria for low-risk are exempted. In addition, EPA should publish a list of all exempt PIPs.

The Biden Administration should neither fully adopt the EPA proposals nor throw them out and start all over.

The scientific criteria EPA proposed for PIPs to qualify for the exemption include, among others, (i) the pesticidal substance must come from a sexually compatible plant, (ii) the pesticidal substance must be identical to the substance from the source plant or a native allele of the gene, and (iii) the pesticidal substance must not be expressed at higher levels, in different tissues, or at different developmental stages than in the sexually compatible plant. While these criteria are a good first step at narrowing the exemption so that only PIPs that will not present unreasonable adverse effects to humans or the environment qualify, there are additional science-based issues EPA needs to consider. For example, if the source plant for the PIP has never been consumed by humans, the pesticidal substance would be new to humans and could be toxic, allergenic, or pose some other food consumption risk. Similarly, if the PIP comes from an agricultural donor plant from outside the U.S. and is produced in higher quantities than Americans have been exposed to historically, there could be sensitivities or adverse impacts to Americans. Also, EPA needs to ensure that a PIP from a sexually compatible species will not harm non-target species, especially if the PIP is present at higher levels than what organisms in a geographic region are accustomed to. To avoid these potential harms, EPA should consider adding additional criteria to the exemption qualifications that prevent unanticipated adverse effects to humans or the environment.

The Biden Administration should neither fully adopt the EPA proposals nor throw them out and start all over. Both proposals include science-based components and would improve the existing oversight. However, both proposals also include provisions that are not based on scientific evidence and seem designed to reduce regulatory burden at the expense of possible adverse environmental and/or human health impacts. EPA should review these proposals, seek input from reputable and independent scientists, and revise them as needed.