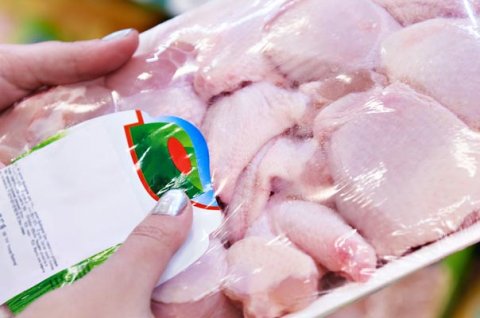 The nonprofit Center for Science in the Public Interest today submitted a request under the Freedom of Information Act urging officials at the U.S. Department of Agriculture to release the test results from slaughterhouses and processing establishments whose products have tested positive for strains of multidrug-resistant Salmonella tied to two recent outbreaks: a raw turkey outbreak that is still ongoing and a raw chicken outbreak that recently ended. The combined outbreaks have been linked to more than 400 cases of illness, 132 hospitalizations, and 2 deaths. Both outbreak strains have been detected in products from multiple poultry companies and have the potential to cause further illnesses.

The group also urged the USDA to report the same information for all similar multi-source outbreaks in the future. Releasing the names of slaughterhouses involved in widespread outbreaks can help prevent illnesses by informing purchasing decisions, allowing consumers to take greater precautions in the kitchen, and providing companies with strong incentive to eliminate the pathogens, according to CSPI.

“Rather than treat positive test results as a secret shared only with individual producers, the USDA should publicly release the information,” wrote CSPI deputy director of regulatory affairs Sarah Sorscher. “By providing a more comprehensive picture of where the disease strain is appearing in the food supply, the USDA can help ensure that industry swiftly understands and eliminates the risk.”

CSPI also criticized the USDA for refusing to publish the names of establishments associated with the turkey outbreak following requests by consumer groups last fall. The USDA had responded to those requests by saying that “it would be grossly irresponsible and reckless” to release the names when “a link from an establishment to an illness has not been made.”

“[W]e question the agency’s outdated policy of requiring this type of direct linkage prior to sharing vital health information with the public,” Sorscher wrote. “Sunlight is said to be the best disinfectant. We urge the USDA to apply that remedy here by shedding public light on data it has gathered that can help prevent people from getting sick or dying.”