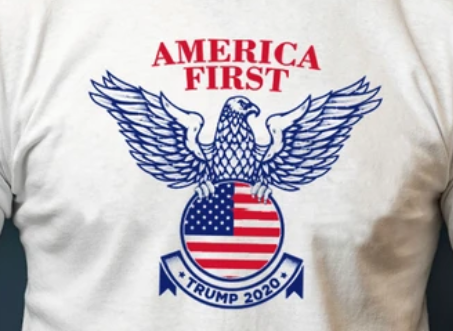 It’s a fraught phrase, “America First,” what with its nativist and anti-Semitic associations. To Donald Trump, such associations are features, not bugs, and his campaign is not exactly subtle about exploiting them.

But “America First” has gained new significance, this time in the context of the always-morphing coronavirus pandemic. In an under-reported development, this week U.S. Health and Human Services Secretary Alex Azar announced that the government had struck an “amazing deal” with California-based company Gilead to snap up virtually all of the global supply of remdesivir, the only antiviral drug so far shown to be effective against COVID-19. Evidently, the government has secured more than 500,000 treatment courses of the drug, representing 100 percent of Gilead’s production for July and 90 percent of its production for August and September.

Predictably, the news was not greeted warmly abroad. Dr. Andrew Hill, a drug pricing researcher at Liverpool University, told the Guardian that the U.S. “got access to most of the drug supply, so there's nothing for Europe.” Gilead has stated that it will allow generic manufacturers to produce the drug for 127 mostly poorer countries (production hasn’t started yet), but that still leaves hard-hit countries like Russia, Brazil, and Peru staring at several months with little or no access to the drug.

Remdesivir, which Dr. Hill estimates costs only a few dollars per course to produce, will be sold to U.S. insurance companies at $3,120 per course, a price praised in the Wall Street Journal for its “restraint.” And this after the company received $70 million dollars from the federal government to develop the drug.

OK, that’s bad. But it’s probably going to get worse. Remdesivir is not some magical cure; all it has been shown to do is reduce recovery time for severely ill patients from 15 days to 11 days, a modest, but welcome, benefit. There’s no clear evidence it saves lives. And, thanks in part to the administration’s laggardly response to the U.S. epidemic, America is indeed “First” when it comes to the numbers of cases and deaths anywhere in the world, so there’s certainly a need.

But the greater significance of these developments is what they portend for access to any COVID-19 vaccine proved effective. Such a product would literally be lifesaving as it would prevent infection with the SARS-CoV-2 virus in the first place.

But there are already signs that the Trump administration is willing to play hardball in the vaccine space as well. The U.S. sought to secure exclusive rights to a vaccine being produced by CureVac, a German company, and made similar entreaties to the French vaccine manufacturer Sanofi. It was forced to retreat after their respective governments intervened.

But don’t think that will prevent the Trump administration from flashing greenbacks around when an effective vaccine is identified (ironic, given Trump’s own flirtations with the anti-vaxxer movement). And, if successful, the result will be Americans getting earlier access to a vaccine than residents of other countries who may be at greater risk for infection. That would be a misallocation of resources for which vast numbers of people in poorer countries could literally pay with their lives. Let’s consider the opposite scenario: How would the U.S. feel if another country had a monopoly on the supply of the vaccine, even as high-risk Americans remained unprotected?

In a recent article in the New England Journal of Medicine, Ezekiel Emanuel and colleagues examine the ethics of resource allocation in the context of the COVID-19 pandemic. They identify a series of challenging, if fascinating, conundrums. Do resources go to the young or the old? Do research subjects have a higher priority in recognition of their sacrifices? How does the calculus vary according to the particular resource (e.g., vaccine, ventilator)?

With respect to vaccines, they argue that first priority should go to health-care workers and first responders, not because they are inherently more worthy but because of their instrumental value in potentially saving the lives of others. Thereafter, vaccines should be allocated according to the basic public health and ethical principle of maximizing benefits: saving either the most lives or the most years of life.

It’s all complicated stuff, but nowhere in their calculus is an admonition to reserve the vaccine for those most willing to pay or those who cut “amazing” deals.

This all cries out for a thoughtful, global approach to vaccine availability. But here again the America First slogan raises its ugly head. President Trump has announced that the U.S. will be leaving the World Health Organization – in the midst of the worst pandemic in a century, no less.

So, get ready for what will be a bumpy and fractious ride. And don’t expect it to lead to a destination in which the most possible lives are saved.