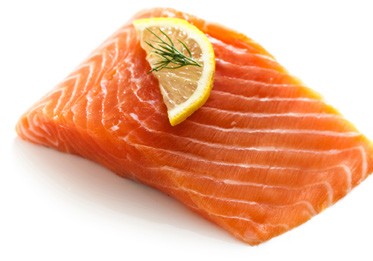 Today’s decision is an important test of the regulatory framework governing the food and environmental safety of genetically engineered animals and crops. We agree with the Food and Drug Administration’s assessment that the AquAdvantage salmon is safe to eat and is nutritionally equivalent to non-genetically engineered salmon. That the salmon’s safety has been affirmatively determined by the agency puts it in contrast to the genetically engineered crops on the market. While the current GE crops grown in the U.S., too, are perfectly safe to eat, developers of GE crops have only been subject to the FDA’s voluntary consultation process where the agency reviews safety data, but does not provide a ruling that foods and ingredients from the crops are safe.

CSPI agrees that the extremely limited production allowed in today’s action will not harm the environment, and may even be beneficial if AquaBounty’s claims of efficiency are realized. To the extent that AquaBounty asks FDA for additional production capacity in other parts of the world, including the United States, the agency should conduct a new environmental assessment and impose conditions to ensure that the salmon could not escape and alter the surrounding ecosystems.

While today’s decision marks the first approval of a GE food animal, its impact on American consumers will be negligible. It will take months for AquaBounty to produce and export GE salmon for consumers to purchase. When they are at full capacity, the volume of imported GE salmon will be merely a “drop in the bucket” of salmon purchased on a yearly basis. While FDA will not require that GE salmon steaks be labeled, it is critical that the marketing of GE salmon products be transparent. Consumers who want information about the GE salmon should be able to obtain it, either on the label, in printed materials associated with the product, on a website, or through other communications.