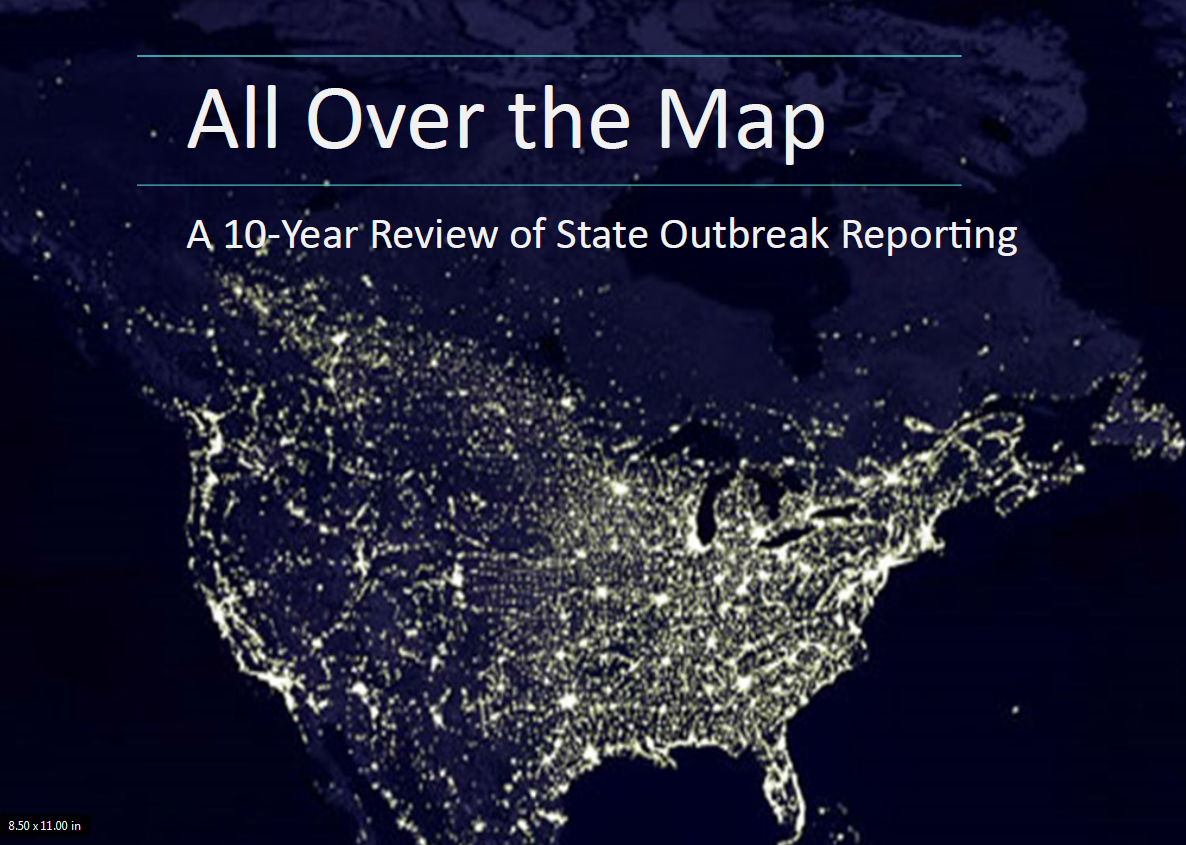 States vary widely in how well they detect, investigate, and report outbreaks of foodborne illness, according to a new 50-state analysis from the nonprofit Center for Science in the Public Interest. And states are reporting fewer outbreaks to the Centers for Disease Control and Prevention. From 2009 to 2012, the average number of reported foodborne outbreaks decreased by about one-third compared to the six preceding years, according to the report, All Over the Map: A 10-Year Review of State Outbreak Reporting.

CSPI found widely different outbreak reporting rates even among adjacent states with similar populations. Florida, for instance, reported five times the number of outbreaks as Alabama when controlled for population, and Maryland reported four times the number of outbreaks as West Virginia. A high outbreak reporting rate actually can prevent illnesses, as it indicates state and local public health officials are looking for outbreaks and are more likely to identify contaminated foods or offending restaurants.

State public health budgets and staffing may account for some of those variations. CSPI also found that the 10 states that participated in the CDC’s FoodNet surveillance program reported more outbreaks to CDC and solved more of them, and could identify a higher number of pathogens, than non-FoodNet states.

Other federal programs that support the states are outlined in the report, including the Epidemiologic Laboratory Capacity grant program, which enhances each state’s technical and laboratory infrastructure to improve surveillance outcomes.

“In addition to the immediate benefits of stopping an outbreak during its early stages, the lessons learned from outbreak investigations are critical for identifying gaps in our food safety systems, and for developing more effective prevention strategies,” said Dr. Craig W. Hedberg, professor of Environmental Health Sciences at the University of Minnesota. “Being able to tell the story of why one outbreak happened helps others understand how a similar outbreak could happen to them. That understanding can help change behavior.”

According to the U.S. Department of Agriculture, foodborne illness costs consumers an estimated $15 billion in health-related costs. The improved technical and laboratory infrastructure from federal programs that support state surveillance systems essentially pay for themselves by identifying new strategies to reduce future foodborne outbreaks, according to CSPI.