Petition on Change.org Urges Crayola Not to Market Highly Dyed Products to Children 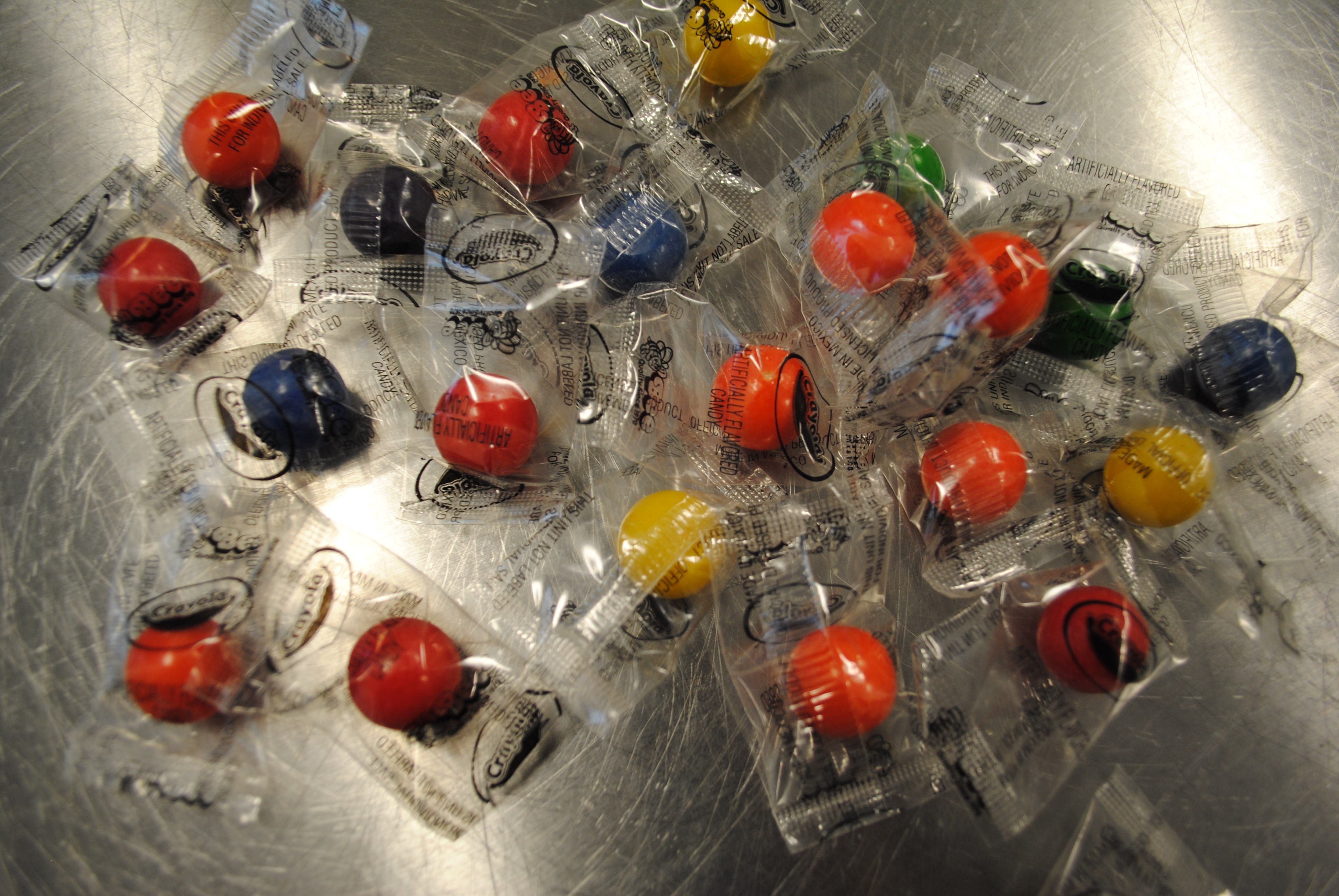 Nine-year-old Alessandra Rossi has struggled with food-induced hyperactivity since she was a toddler, triggered in part by artificial dyes. So when she and her mom Julie Rossi saw that beloved crayon manufacturer Crayola began licensing its brand name for an intensely dyed line of candies, they got angry. Crayola, a wholly owned subsidiary of greeting card giant Hallmark, is lending its name to “Color Your Mouth” candies whose dyes are specifically designed to stain kids’ tongues bright colors. The Rossis, of Weatherby Lake, MO, along with the nonprofit Center for Science in the Public Interest, are launching a petition on Change.org asking Crayola to abandon candy marketing to children.

Labels for Crayola’s “Color Your Mouth” Gumballs state that its “6 wild colors” are designed to “Color your tongue while you chew!” Made in Mexico and distributed by Bee International, the gumballs are made with sugar, corn syrup, gum base, unspecified artificial flavors, and Red 3, Red 40, Yellow 5, Yellow 6, and Blue 1. A legend on the back of the label boasts that “each artificially flavored gumball turns your tongue a different color!” The company also makes “Color Your Mouth” hard candies, lollipops, and “Dippers,” which consist of an artificially flavored vanilla dipping stick meant to be inserted into a packet of dyed candy powder and licked.

Over the years, Rossi has found that her daughter is sensitive to dyes, which trigger hyperactivity and other behavioral problems in Alessandra.

“As a mother whose family has benefited from eliminating artificial dyes from our diet, I do not believe these products should be marketed directly to children,” Rossi said. “I get angry, because these unhealthy foods are marketed using the appeal of the brand’s crayons to attract the attention of kids like my Alessandra, and because these kinds of products are completely unnecessary. Kids can eat and enjoy candy without it turning their mouths bright green.”

CSPI has repeatedly urged the Food and Drug Administration to ban Red 40, Yellow 5, and six other food dyes, mainly for the disruptive impact they have on children’s behavior. Three meta-analyses have concluded that dyes adversely affect children’s behavior, as have two important studies funded by the British government. In addition, two of the most widely used dyes—Yellow 5, and Yellow 6—can be contaminated by known human carcinogens, and the most widely used dye—Red 40—can contain a chemical “reasonably anticipated to be a human carcinogen.”

“Crayola has long enjoyed a good reputation among parents for marketing products beloved by children,” said CSPI nutrition policy counsel, Jessica Almy. “But Crayola has exploited that trust with this ill-conceived junk food that it markets to young children. ‘Color Your Mouth’ may be responsible for some colored tongues, but it’s also given Crayola a black eye.”

A separate petition on Change.org is urging Mars to get rid of artificial dyes in M&Ms. Kraft recently removed dyes from its Macaroni and Cheese after another widely publicized petition urged it to do so. Rossi’s and CSPI’s petition is available at change.org/ColorYourMouth.