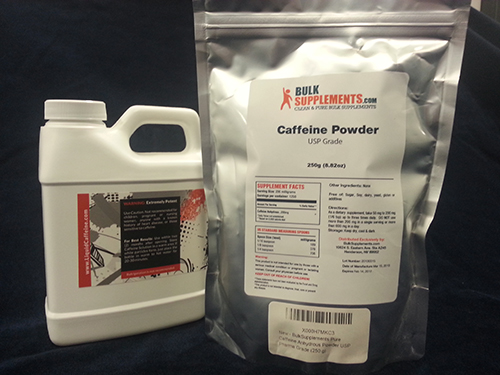 The nonprofit Center for Science in the Public Interest is today formally petitioning the U.S. Food and Drug Administration to ban the retail distribution of pure, powdered or liquid caffeine as a dietary supplement. Also today, two sets of parents of young men who died after ingesting powdered caffeine are meeting with senators and officials from the FDA with the hope of preventing future unnecessary deaths.

"Before May 27, 2014, we had never heard of 'caffeine powder,'" said Katie Stiner, of LaGrange, Ohio, whose 18-year-old son Logan died on that date after ingesting powdered caffeine. "Now we think about it every day. We decided that we must do everything we can to get this product off the market and away from other children."

Katie Stiner, along with her husband Dennis, will meet today with U.S. Senator Richard Blumenthal (D-CT) and Sherrod Brown (D-OH) before heading to meet with officials at the FDA’s Center for Food Safety and Applied Nutrition. They will be joined by James and Julie Sweatt of Gardendale, AL. The Sweatt's 24-year-old son Wade died in July after ingesting caffeine powder. Senators Blumenthal called on the FDA in August to ban bulk sales of caffeine.

Just a teaspoon of powdered caffeine is equivalent to about 25 cups of coffee. Powdered caffeine can be ordered from various online retailers, where it is often positioned as an athletic performance enhancer or a weight-loss aid, for as little as $10 for 250 grams—about 8 ounces and the equivalent of 1,000 cups of coffee. In powdered form, it is difficult for consumers to differentiate between a safe dose and a potentially lethal dose, according to the regulatory petition filed by CSPI with the FDA, as the suggested dose of caffeine powder is between 1/32 and 1/16 of a teaspoon.

Besides the two fatalities, the use of powdered or concentrated liquid caffeine has been linked in FDA's adverse-event records to dizziness, delirium, nausea, vomiting, increased heart rate, and other problems. A third death has been linked in the FDA reports to a NoDoz energy shot. While energy shots and energy drinks are not the subject of today's petition from CSPI, the group called on the FDA in July to require warning labels on those drinks.

"No one's diet needs to be supplemented with pure, pharmaceutical-grade caffeine, and it makes no sense for this substance to available to consumers in this undiluted form," said CSPI chief regulatory affairs attorney Laura MacCleery. "The FDA needs to ban powdered caffeine from the marketplace and ensure that no other families have to endure the tragedy of losing a loved one to this product."

"The very first time he ever used the product, he mistakenly took too much and it killed him," said Julie Sweatt, Wade Sweatt's mother. "Why would such a dangerous product be allowed to be sold to individuals?"