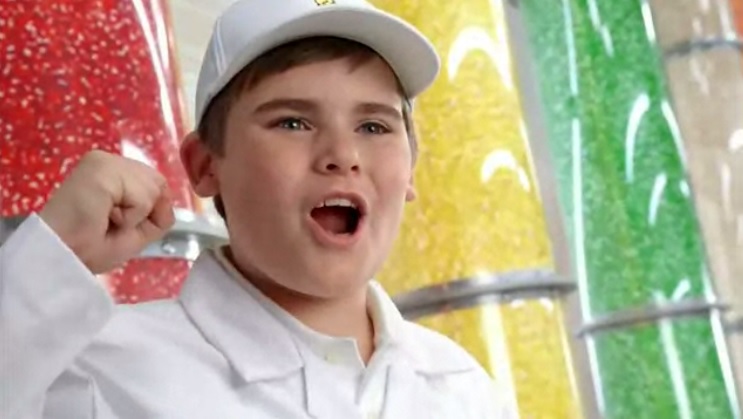 Tootsie Roll Industries and four other candy companies are being asked by some of the nation’s leading health advocates to do their part to curb childhood obesity and stop marketing unhealthy foods to children and to participate in a self-regulatory program that monitors food advertising aimed at kids. The nation’s three biggest candy companies, Hershey, Mars, and Nestlé, already belong to the Children’s Food and Beverage Advertising Initiative, which is administered by the Council of Better Business Bureaus. But Tootsie Roll, as well as the American Licorice Company, Haribo of America, Perfetti Van Melle, and The Topps Company do not participate.

Among the five candy companies that don’t belong to the CFBAI, two, Haribo and Tootsie Roll Industries, have no publicly available corporate policies about marketing to children at all. Haribo, a Swiss company that manufactures Gold-Bears and other gummy candy, and Chicago-based confectioner Tootsie Roll Industries, both market widely to young children. Tootsie Roll Industries advertises its Tootsie Roll Pop extensively to some of the youngest television audiences possible, including to viewers of My Little Pony Friendship, Littlest Pet Shop, Strawberry Shortcake’s Berry Bitty Adventures, Fairly OddParents, and SpongeBob SquarePants.

“Advertising products that promote diabetes, obesity, and tooth decay to impressionable toddlers watching My Little Pony and Strawberry Shortcake is completely outside the boundaries of responsible corporate behavior,” said Center for Science in the Public Interest nutrition policy director Margo G. Wootan. “More responsible companies like Hershey, Mars, and Nestlé agreed long ago to not place ads in children’s programming, but Tootsie Roll Industries is years behind.”

According to the National Academies’ Institute of Medicine and the American Psychological Association, children under age eight do not have the cognitive maturity to understand the persuasive intent of advertising. The IOM has also found that television advertising affects children’s food choices, food purchase requests, diets, and overall health.

“Parents should be the ones guiding their kids’ food choices, not companies who profit from exploiting developing young minds,” said CSPI senior nutrition policy counsel Jessica Almy. “Candy advertising has no place on children’s television.”

Some of the five candy companies do set basic limits on what they’ll do to reach children. Perfetti Van Melle, the Italian conglomerate that manufactures Airheads, Mentos, and other candies, posted a policy that prohibited advertising in elementary schools and the use of characters and celebrities to encourage excessive consumption. (CSPI says celebrities and characters shouldn’t be used to promote any quantity of candy to kids.) Topps, famous for Baby Bottle Pop, a candy nipple meant to be licked after being dipped in powdered candy, similarly commits not to advertise in elementary schools. Once finalized, a rule from the U.S. Department of Agriculture will require school districts to implement their own policies for food marketing on school campuses.

Founded in 2006, the CFBAI issued its own nutrition criteria for foods it considers acceptable to market to children in 2011. Member companies agreed to implement those standards by December 2013. Besides Hershey, Mars, and Nestle, the initiative has more than a dozen other participant companies that together account for about 80 percent of child-directed television advertising for food. Still, despite the existence of a self-regulatory system, nearly 70 percent of the food ads on the children’s network Nickelodeon are for unhealthy foods, due to weaknesses in the CFBAI nutrition standards and to ads placed by non-CFBAI companies, according to CSPI. Nickelodeon is also not a member of the CFBAI.

Besides CSPI, the letters to the five candy companies are signed by the American Heart Association, the Campaign for Commercial-Free Childhood, MomsRising.org, Prevention Institute, the Yale Rudd Center, and a number of prominent physicians and public health experts.